The Capital One Cup final on March 2 is fast approaching and if previous finals are to go by it should be a cracker between free-flowing powerhouses Manchester City and a rejuvenated Sunderland under new manager Gus Poyet.

Manchester City have romped their way to the final with some high-scoring maulings along the way, most notably the 9-0 aggregate semi-final win over West Ham.

Their other victims include holders Wigan who were simply outclassed as Pellegrini’s men dismantled them with a 5-0 victory in the third round. Next up for City was Newcastle where they ran out comfortable 2-0 winners away from home. Then came a potentially tricky tie away to Championship high-flyers Leicester City, but the Sky Blues’ quality proved far too much for the Championship outfit as they beat the Foxes 3-1 to advance to that storming semi-final win against the Hammers.

Sunderland’s route to the final hasn’t been as comfortable, but they’ve certainly earnt it by grinding out some impressive wins.

First up for the Black Cats was Milton Keynes Dons, who provided a stern test but ended up losing 4-2 with youngster Connor Wickham scoring twice for the Mackems. Onto the third round where Sunderland then beat another League One side in Peterborough United 2-0, before facing an impressive Southampton side and putting them to the sword with an encouraging 2-1 victory. Then the big boys arrived, and Poyet’s men found themselves up against Jose Mourinho’s Chelsea at the Stadium of Light. In a game they had nothing to lose, Sunderland beat the Blues 2-1 after a late Ki winner. Onto the semi-final and another tough ask against a wounded animal in Manchester United. After winning the first leg 2-1, Sunderland went to Old Trafford brimming with confidence. It showed as they performed well on the night forcing Moyes’ men into extra-time after United were 2-1 ahead after 90 minutes, meaning an aggregate score of 3-3. Penalties were needed after neither side could get that crucial winner and, remarkably, against all odds, it was Sunderland who angered the home faithful by winning the deciding shootout.

As for their respective injury lists, Manchester City’s talisman Sergio Aguero is a doubt after being ruled out for a month recently, but there is a chance he could be fit by March, albeit a small one. The final will certainly come too soon for long-term absentee Samir Nasri though.

Sunderland have no real injury concerns heading into the game, but with Premier League fixtures still to come before the big day, Gus Poyet will be hoping he can keep everyone fit.

Path to the final – Manchester City:

Path to the final – Sunderland:

If there was a footballing equivalent of David versus Goliath, the Capital One Cup final last year was exactly that, with then League Two side Bradford City up against Premier League new-boys Swansea City. As expected, Swansea ran out comfortable 5-0 winners but the fact Bradford even made it that far was remarkable.

Even though Sunderland haven’t appeared in a league cup final since 1985, which they ended up losing 1-0 to Norwich, there’s no reason why they should fear their opponents. Poyet’s boys will go to Wembley full of confidence and, more importantly, with nothing to lose.

The pressure will be on big-spending Manchester City. They’re the Premier League favourites, the team that has been dismantling sides with ease this campaign and are expected to win at least one trophy this season. City fans will be hoping for a similar outcome to that of the 1976 final where their side beat Newcastle United 2-1 to lift the trophy.

So, who to back? Is it the underdog or the overwhelming favourite? English football has certainly provided a few cup shocks over the years, so it’s not as black and white as you may think.

Bookmakers, a specialist odds comparison site, puts Manchester City at 3/1 to reign supreme on the day, but if you fancy Sunderland to upset the odds, at 9/1 you’ve got a potentially great return. 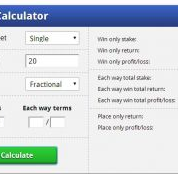 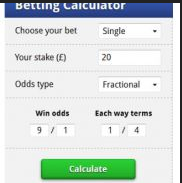 One thing is for sure – this is going to be an unmissable game!