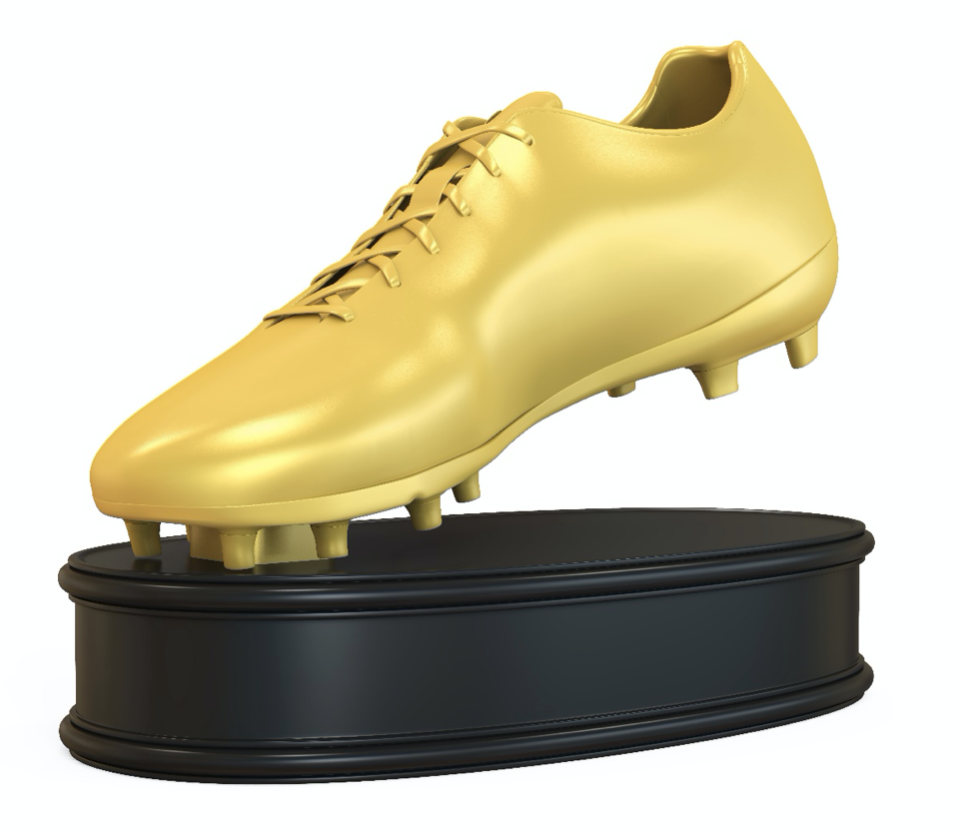 With the Premier League halfway through its first ever winter break, and matches staggered over two weekends to allow players a chance to recuperate, it seems a good time to take stock in the competition’s Golden Boot standings.

Last season saw an interesting three-way tie for the top scorer award, with Liverpool’s Mohamed Salah and Sadio Mané, along with Arsenal’s Pierre-Emerick Aubameyang each tied on 22 goals. With this season’s Premier League title looking more than likely to be heading Liverpool’s way, the race for other accolades, such as the Golden Boot, assumes extra interest and significance.

Let’s take a look at the top five candidates who will each be looking to lay claim to the goalscoring accolade come May.

Vardy was instrumental in Leicester’s terrific early-season form, and although injury stalled his season for a few weeks after Christmas, the Englishman is back fit and firing once again. Vardy is one of the League’s best poachers, lurking on the last defender ready to burst in behind the defence, adept at picking up the deadliest positions in the penalty area. If Leicester can hit the attacking notes of the autumn, there’s no reason why Vardy couldn’t scoop the Golden Boot.

Agüero has quietly gone about his business this season, even if he hasn’t always been a starter in manager Pep Guardiola’s Premier League line-ups. There is arguably no striker in the league who possesses as clinical a finishing ability as the Argentinean, and Agüero’s 16 goals in the competition so far prove that. He has only won the Golden Boot in one prior season, the 2014-15 campaign, which is slightly surprising given his consistency year on year. You can bet that Agüero will be gunning to get his hands on the prize for the second time.

Liverpool’s ‘Egyptian King’ has picked up the Golden Boot award in each of the last two seasons, including a record-breaking 35 goals in the 2017-18 campaign. Salah didn’t quite hit his best goalscoring form in the early part of this season, but in recent weeks it has looked like he is back to his best. He has scored four goals in his last four Premier League matches, and it looks as though Salah is peaking at just the right time in terms of making it a hat-trick of Golden Boots. With Liverpool favourites in the EPL best odds every time they take to the field, there’s plenty of goals to be got for the champions elect.

Rashford had been in a rich vein of form before injury hit the England striker in January, ruling him out for at least six weeks. While Manchester United have struggled in terms of out-and-out attacking options, Rashford has come to the fore since the departure of Romelu Lukaku, and looks more assured of his importance to the team. It’s unclear when he will return from injury, but if he can recover quickly he could yet be in contention for the Golden Boot.

The form of Ings has surprised some this season, and after injuries dogged the former Liverpool striker for several seasons, he appears to be back to his very best, and Southampton have been the beneficiaries. Ings is a nuisance for opposition defences, hassling and harrying defenders at every turn, pouncing on the slightest mistake. He has demonstrated the form that earned him his England debut back in 2015, and he’ll be hoping his strong scoring form will lead to him adding to his solitary international cap, with Euro 2020 on the horizon.

Arsenal have struggled this season, and Aubameyang has often cut a frustrated figure – a world class striker suffering in a team of lesser quality. But that hasn’t stopped the Gabon international scoring his fair share of Premier League goals this season. If Arsenal boss Mikel Arteta can find the winning formula at the Emirates Stadium before too long, there’s no reason why Aubameyang couldn’t make a late charge for the Golden Boot award again.