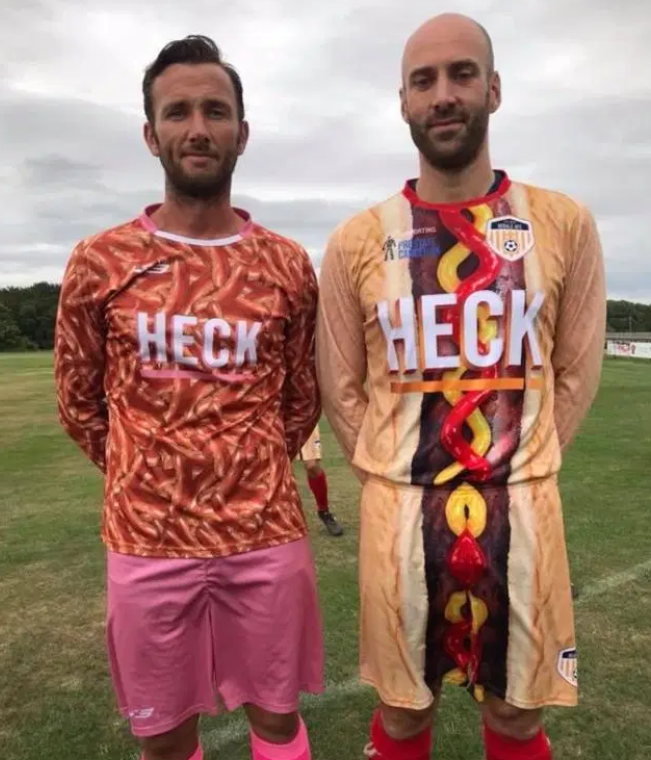 The sports world is not usually renowned for making fashion headlines but that was just the case as the Australian Open tennis tournament began in Melbourne on Monday (January 20). Bulgarian tennis star Grigor Dimitrov was instrumental in designing a retro tracksuit for the first Grand Slam competition of 2020, but his colourful design was met with mixed reviews, with many commentators calling ‘fault’ on the outfit.

Through the decades we have witnessed some of the highs and lows of sporting attire in tennis circles alone. The craze that appeared to take over sports fashion during the 2010s seems to be dying though, with the traditional approach making a return. As we reflect on some eye-wateringly bad outfits, we cannot wait for Wimbledon in June, when the conventional white shirt, white shorts and classic trainers and grace our courts once more.

British golfer Ian Poulter has put together quite a few combinations that could easily have seen him included as a serial-offender on this list. However, let’s head back to 2010 and the WGC Accenture Match Play Championship and the Briton’s pink-rich attire. While pastel colours were the done thing 10 years ago, Poulter – who owns a clothing design company – won the tournament, but got it very wrong with his light pink jumper and slightly dark pink trousers. FORE!

Tennis’ most fashionable player failed to score an ace with his purple tracksuit with yellow specks as the Australian Open started in Melbourne this year. The top 20 seeds were contracted to wear the same uniform for the entirety of the tournament. It’s certainly one way to put off your rival. Social media users have hit out at the Bulgarian for turning up in his pyjamas.

England goalkeeper David Seaman took drastic action as England sought to win Euro 1996 on home soil. Sporting a disastrous ensemble which saw paint-splattered colours of yellow, blue, and green emblazoned on his red kit, Seaman’s attire was enough to put off most attacks. It didn’t work against Germany though, who edged a penalty shootout to knock Seaman, and England, out in the semi-finals.

Sprinter Cathy Freeman was favourite to land 400m gold as she lined up in Sydney for the 2000 Summer Olympic Games. Having already warmed the nation’s hearts, Australia’s golden girl, lived up to the highest of expectations by sealing top spot on the podium. She didn’t get through the rounds unnoticed though, donning a green, white, and gold aerodynamic bodysuit, including an all-encompassing hood, to help her whizz past her rivals.

Out of this world Flo-Jo misses the mark

Sticking with athletics, Freeman may have been inspired by American sprinter Florence ‘Flo-Jo’ Griffith Joyner. Joyner was a champion on and off the track and was known for her long nails. However, this silver seamstress would have been more appropriate on another planet for this one-legged bodysuit mistake.

Serena Williams gets catty in Paris

She may be one of the most successful women’s singles players in tennis history, but Serena Williams’ catsuit at the 2018 French Open was ruled ‘out’ after being adjudged to have shown a lack of respect to the Roland-Garros dress code. Williams outfit was banned from future tournaments, but it didn’t stop the then-new mum being likened to Marvel superhero Black Panther.

A sponsorship deal with local firm Heck Food was a PR win for North Yorkshire non-league side Bedale AFC. The partnership saw the team line up on the opening day of the 2019-2020 season in a bangers and mash kit (see main article image). The unsightly get up featured the sponsor’s name in a ketchup font with a ‘Football’s Coming Home… For Tea’ slogan on the back. Our poor eyes.

The polka dot jersey is more akin to the King of the Mountains leader during cycling’s Tour de France. In 2013, when representing the Bbox Bouygues Telecom team, Rolland claimed the polka dot jersey but opted to not only wear the top but went a step further by adopting a full polka dot kit. Needless to say, the fashion trend didn’t catch on.

From pop art to the rugby pitch

It’s not too often pop culture and rugby mix, and there is a good reason for that. Stade Français hit the fashion pages back in 2008 when they donned an Andy Warhol inspired kit for their French Top 14 campaign. No fewer than 12 faces were emblazoned across the shirts as they found a winning formula which carried them to the league’s summit. Once their rivals got past the bizarre design, they found a way to get past the Parisian side, who stumbled to fourth place at the end of the season.