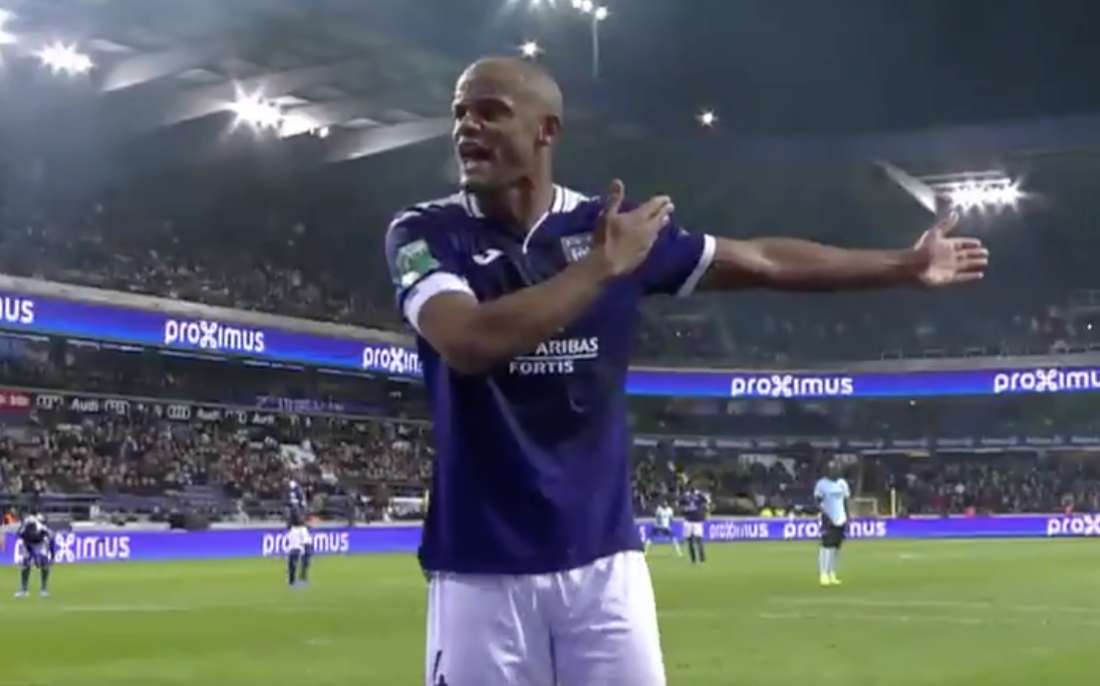 Ask any Manchester City player or fan and they’ll all tell you the humongous influence Vincent Kompany had at the club during his highly successful career there.

Fast forward to 2020 and Kompany’s first foray into management as player-manager of his beloved Anderlecht, and he appears to be just as influential as he was in Manchester. He’s a real leader, that’s for sure.

During Anderlecht’s game against Club Brugge on the weekend, fans of Kompany’s side threw a firecracker at former Liverpool goalkeeper Simon Mignolet, who now plays for Club Brugge. Clearly angry with the Anderlecht fans, Vincent Kompany gave them a good old telling off which, subsequently, shut them up and led to no more firecrackers being thrown.

When Vinnie speaks, you listen. What a man.