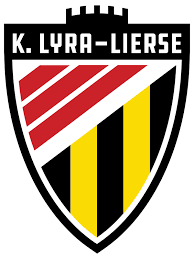 What is the soul of a football club? This is the question I was left asking myself once I had discovered a football saga that occurred recently in Belgium. It’s the same question I have asked myself ever since the days of Wimbledon FC being relocated to Milton Keynes so that a city or a town can purchase its Football League status and history, rather than earn it. The remarkable rise of AFC Wimbledon since 2002 has given me some answers, but what about other football clubs?

Let’s take a visit to Lier, a municipality located in the Belgian province of Antwerp, Flanders. The small city is full of wonderful architecture, cobbled streets and the River Nete which surrounds and cuts through it. Despite only home to 35,000 inhabitants, Lier has not just one but two UNESCO World Heritage Sites. Most importantly for me, this city also has a history with football.

Lierse S.K. won the Belgian top flight in 1996/1997 for the fourth time in their history and went on to compete in the UEFA Champions League the following two seasons, as well as winning the Belgian Cup in 1998/1999 for the second time. Some fans may remember the club for knocking Leeds United out of the UEFA Cup in 1971 with an impressive 4-0 victory at Elland Road.

The club faced relegation from the Belgian First Division in 2014/2015 and then, by the end of the 2017/2018 campaign, the club was dissolved, leaving over 100 years of football history to waste.

Current Dundee United player Frederic Frans felt the collapse of the club close to his heart having been at Het Lisp as a youth player from age 5 up until 25 and then again in a second spell in its last two seasons.

Heartbreakingly, Frans admitted crying for days after the club was dissolved and described it as like “losing a family member”. He, like the majority of supporters, lay the blame on then-owner Maged Samy from Egypt since its relegation from the top flight.

After that fateful day in May 2018 which saw K.Lierse SK cease to exist as a football club, plans were afoot over the future for football in Lier.

Shortly thereafter a core of Lierse supporters, belonging to GeelZwart – a fan association set-up a few years previously aimed at obtaining fan participation in K. Lierse S.K. and keen on avoiding the past errors – took matters into their own hands and through an intermediary person, came in contact with the board of K.Lyra T.S.V, a smaller club from Lier just promoted to the Belgian Third Amateur Division (Tier5) playing in Berlaar on the outskirts of Lier. Both parties found themselves agreeing on the core values for a new project: a community-based club, sound financial management, promoting local youth through the ranks and with fan participation (and Golden Share) on the board. From that moment onwards, K. Lyra-Lierse was born.

Practically in parallel, a local businessman called Luc Van Thillo contacted the owner of another Belgian club, FC Oosterzonen from Westerlo, and renamed it as Lierse Kempenzonen, adopted the original Lierse club crest and colours of yellow and black and rehoused the club to play many miles away in the 15,000 capacity Herman Vanderpoortenstadion (Het Lisp) that had been home to the original Lierse S.K. The new club would now start life in the First Amateur Division in the third tier of Belgian football rather than further down the amateur football pyramid.

In a short matter of time, the orphaned Lierse supporters were presented with a choice. This caused quite a bit of infighting on social media amongst the Lierse supporters and in the bars of Lier whilst watching Belgium at the World Cup. The hardcore supporter groups – Yellow Black’s Army and Pallieter Casuals – followed the recommendation of GeelZwart and opted for the K.Lyra-Lierse project. The majority of the supporters represented by the main Lierse supporters body LSA (Lierse Supporters Association) opted for Lierse Kempenzonen.

This is what attracted me to this saga of football in Lier, where a historic club has died and the supporter groups follow two new rebirths. But which club is the right one? Where has the soul of this football club gone?

In the case of Lyra-Lierse Berlaar – the supporter groups who chose to follow this project believe that it’s the right choice for the city and the community. The core values of the club are in the right place even if it means starting in the fifth tier of Belgian football. They believe that those following Lierse Kempenzonen have not learnt from the past mistakes made by previous club owners who overspent and put the club in danger.

Lierse Kempenzonen is playing in the third tier of Belgian football which is the 1st Amateur Division, but the club has already started as a full-time professional club which supporters of Lyra-Lierse argue is not sustainable.

They finished 4th in the 2018/2019 season qualifying for the end of season mini play-off league but failed to achieve promotion. The club averaged attendances of 3,250 over the season in the 15,000 capacity stadium but despite the low numbers, it was the highest average in the division.

On the other side of Lier, the amalgamation of Lyra-Lierse Berlaar also qualified for the play-offs in their respective league but suffered defeat in the final.

Despite playing in the fifth tier of Belgian football, deep down in the amateur leagues, the Lyra-Lierse side had core support throughout the season. Over 800 fans travelled to watch the team in the play-off final, with huge banners, flags, flares and plenty of vocal support, whilst the home attendances have averaged 900 in the 2018/2019 season, compared to the previous average of 200 when it was Lyra TSV.

A season on, the tensions between both sets of supporters who subsided and some 100 odd supporters of Lierse Kempenzonen have attended games of Lyra-Lierse.

Both clubs are playing in yellow and black – the colours of the original Lierse S.K – whilst Lyra-Lierse also adopt the colours of red and white into the club crest to represent Lyra’s history.

If I can create an analogy with English clubs about this story, perhaps it would give it more context. For example, imagine if Leicester City was dissolved at the end of the season and a few supporter groups struck a deal with a local non-league club, let’s say Oadby Town, to create Leicester-Oadby FC. The supporters know they’ll be starting this new venture lower down in the non-league pyramid but have the community values of the club at its heart. Meanwhile, a local businessman has just purchased Northampton Town, moved the club to play at Leicester City’s stadium, changed the club name, crest, colours to match the original Leicester City and started higher up the football pyramid due to Northampton’s position.

Who would you support? This analogy isn’t supposed to be an accurate comparison to Lierse but it is supposed to be absurd to highlight the dilemma many supporters of Lierse S.K. faced.

It will be fascinating to watch how both clubs progress over the following seasons. Reading their story and seeing how passionate the fans of K.Lyra-Lierse (Berlaar) are about their club and the community was touching. One thing’s for sure, if I ever find myself in Belgium I will be attending a game to see it first hand.