The Premier League campaign has been exhilarating, pulsating and delivered on all accounts so far this season. We’ve seen a stupendous amount of shock results, high-scoring games and tight, tactical encounters. We’re only just past halfway, too!

The unpredictability and exciting nature of the league has made the betting market an interesting one. Never before has backing the underdog actually provided the potential winner with such confidence.

We’ve seen plenty of teams leave Old Trafford with three points, a few big home wins for the sides expected to be down at the bottom of the league, superb home form from the likes of Manchester City and Arsenal, amongst others, and general unpredictability which makes betting not only exciting, but with odds improving and potential winnings increasing.

There’s a number of betting sites that offer excellent rates, but it’s important to be able to fully trust whoever you go with, in the knowledge that you’re getting a fair and accurate price. Like in any industry, there’s good and bad places to go, but arguably one of the most trusted on the market is William Hiill and, especially for football, they’re worth going with. 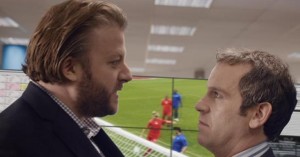 This weekend sees the return of the FA Cup with a few interesting ties in there. Some of the fixtures are particularly intriguing with the likes of Bournemouth vs Liverpool, Birmingham vs Swansea, Bolton vs Cardiff, Southend vs Hull, Sunderland vs Kidderminster, Stevenage vs Everton, Sheffield United vs Fulham and Chelsea vs Stoke. There’s certainly a few potential shocks in there, meaning I’m tempted, and I’m sure you might be too, to put a cheeky bet down on one or two of the matches. But there’s no harm in trying, why not click here to bet on football now.

Should the FA Cup fixtures not tickle your fancy, there’s plenty of other choice around with some Championship games taking place, League One games also and a full round of League Two fixtures, not forgetting the non-league games if you fancy having a bash at those. Of course, you could steer away from English football altogether and predict a foreign winner!

Overall there’s a shedload of potential shocks on the cards and almost too much choice, but get it right and the beers will be on you this weekend!