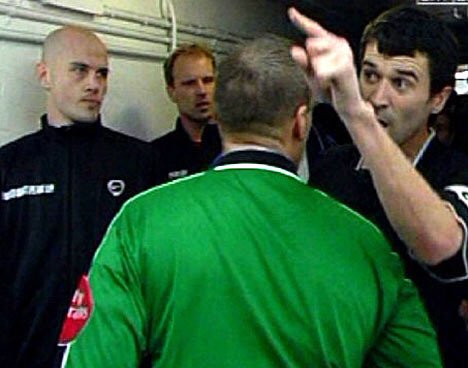 Occasionally, in the Natter Football Towers, we like to hark back to the good old days. This classic moment is one you’ve all probably seen before, but it certainly never gets dull.

Just before Arsenal against Manchester United at Highbury in 2005, Red Devils captain Roy Keane essentially offered Patrick Vieira out in the tunnel as the Gunners captain – according to Phil Neville and Paul Scholes – said a few inflammatory comments to Gary Neville which, in turn, sent Roy Keane into one his familiar moments of rage.

What followed is one of the most iconic moments in Premier League history, especially between Keane and Vieira anyway.

Who would you put your money on? Let us know in the comments below!