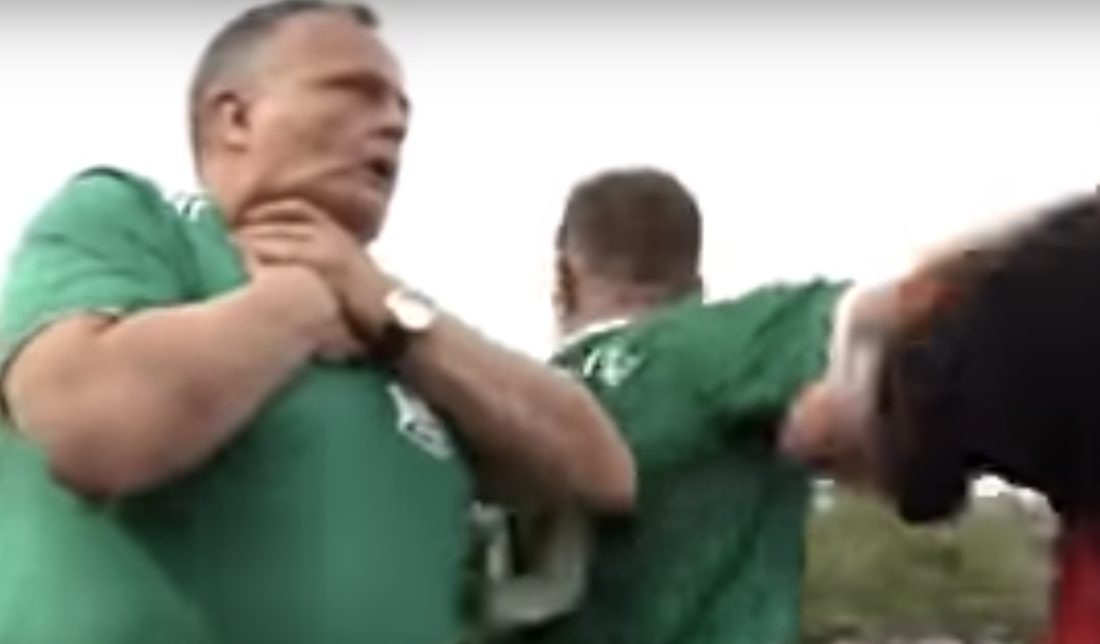 Coaches would never encourage their players to dive, would they? That’s what we’ve all been told by certain managers in the past anyway.

After watching this latest clip, though, that theory seems to go out the window somewhat, as one coach delivers an Oscar winning performance. It’s actually hilariously embarrassing.

We aren’t sure on the exact details but we do know it occurred during a match between Haibach and Kahl in the lower divisions of German football a few years back. After both coaches squared up to each other, one raised his hand to the other, resulting in said boss taking one of the most dramatic dives ever. The facial expression of the ‘victim’ is particularly amusing too.