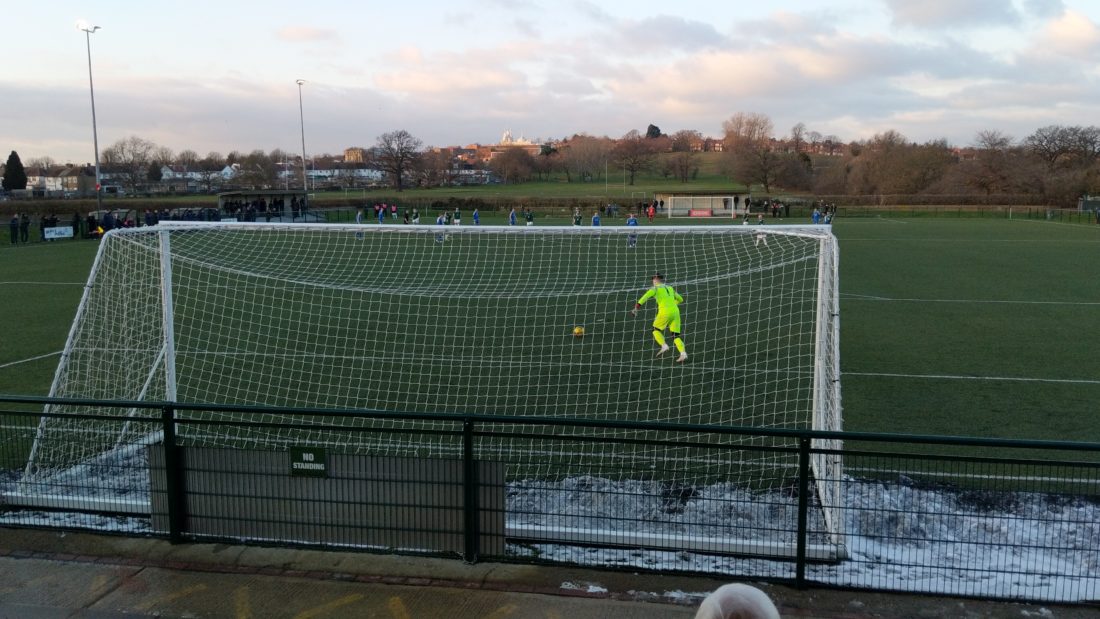 One year ago, I penned my ‘Non-League Love Affair’ about how I had started to fall in love with Non-League football and in particular Hendon Football Club over the professional team I’ve supported my whole life. A year in football can certainly make a huge difference but in the realm of Non-League football, you can multiply that tenfold.

It’s safe to say that the 2018/19 season had sent my fling with Non-League football past the honeymoon stage and now into a heavy-hearted relationship. On the last weekend of April 2019, I went to Silver Jubilee Park, the home of Hendon FC, to watch the Green Army narrowly record a 1-0 victory over Swindon Supermarine in the Southern Premier League South to avoid relegation to Step 4/Level 8.

For those of you who know Non-League football or have re-read my article from last year, it certainly comes in contrast to the previous campaign.

To think that Hendon were one penalty shoot-out kick away from promotion to the Conference South one year ago, to now going into the last game of the season needing a win to guarantee survival, needs some explaining.

I finished off my piece last year with the news that not only had Hendon lost out on promotion on penalties in the play-off final of the Isthmian Premier but also faced being switched leagues due to the FA’s reshuffling of the cards in Step 3/Level 7 of the English Football Pyramid.

Last season, the Step 3/Level 7 had three leagues but the 2018/19 would see a 4th division included. Hendon were moved from the Isthmian Premier League (where they had been consecutively a part of for over 50 years) to the Southern Premier League South along with Harrow Borough, Metropolitan Police and Staines Town. This league is predominantly made up of clubs in the South West of England and saw a 43% increase in travel for the above mentions clubs.

They say that when it rains, it pours and the most damning of news broke shortly after that Hendon’s long-serving manager Gary McCann was departing to take over at Hampton & Richmond in the Conference South, also taking with him the entire backroom staff and a dozen of the playing squad.

Another cruelty of Non-League football is that most players at this level are not on paid contracts meaning that if other clubs are interested then they could sign players without a transfer fee or compensation. This saw the standout players of Hendon’s wonderful 2017/18 campaign depart for pastures new with forward Niko Muir signing for Hartlepool United and Ashley Nathaniel-George to Crawley. Small fees were agreed for some departures but they did not compare to the typical value of players on the football market.

Jimmy Gray was appointed the new Hendon manager in the summer with just two players on the books and the club facing a new future. The Dons had spent over 50 years in the Isthmian League, never promoted nor relegated in this time despite a few anomalies (Reprieved from relegation and rejected promotion in a single season’s during the mid-00’s).

Despite the vast upheaval, the season started off surprisingly well with the majority of fans on the terraces having to regularly double check the team sheet to see who’s who in this new look Hendon squad.

The wheels started to come off in October and perhaps an incident which brought the club into disrepute was a highlight of where things started to go wrong. As reported, a former-Spurs player Laste Dombaxe who signed for Hendon in the summer was sacked for allegedly bringing a machete into training to ‘scare some of the younger players’. A row had ensued with veteran striker Marvin Morgan and the pair were both released from the club.

From December and into January the Greens went on a 9-game losing streak, which in total meant the team was on a 13 game streak without a win. Any early season hopes of the club mounting another push for promotion were gone and attention now looked towards a relegation battle.

During this time, the Greens had lost striker Ricky German to Crawley. The quick-paced forward had scored 21 goals in 28 appearances for The Dons from August-December and it meant that manager Jimmy Gray had to get searching for new recruits to fill the void.

Over the season, Hendon had used a staggering number of over 50 players, ultimately resulting in a finish of 16th place and 3 points from safety. A loss on the final game of the season would have seen the club relegated on goal difference. Basingstoke Town were the unfortunate club who faced the drop on the final day of the season in a campaign which also sees them say goodbye to their long-serving stadium The Camrose. Whilst much praise is deserved to Walton Casuals who looked dead and buried for the drop a few months ago but provided a real-life great escape. Also, special commiserations to Staines Town who finished bottom, which included a dozen of drubbings in a season of turmoil.

Hendon’s turbulent 12 months is also in contrast to two other clubs who had moved across to the Southern Premier South with them. Metropolitan Police FC, who also lost their manager and a large chunk of the playing staff because they could not commit to the extra travel commitments involved, surprisingly finished 3rd and won the play-off final, only to lose out to Tonbridge Angels from the Isthmian Premier in a one-season-wonder ‘Super Play-off Final’ thanks to more FA reshuffling, whilst Harrow Borough finished in a respectable 7th place finish.

Despite the season being over, there were a few weeks of anxious waiting for the FA to release league allocations for the new season. This is something I will cover in an additional article but case in point, the Green Army is set for a second consecutive season in the Southern Premier South with away trips to the likes of Truro City and Weston Super Mare to enjoy/endure.

I attended a dozen home games over the season and two away days at Staines Town and Chesham United which were both pleasant grounds to visit with friendly fans and cheap refreshments.

If you have not attended a Non-League football game, then I implore you to do so. From my closing point last year, it is a unique experience that must be prolonged by the next generation of fans. It is football for the people!