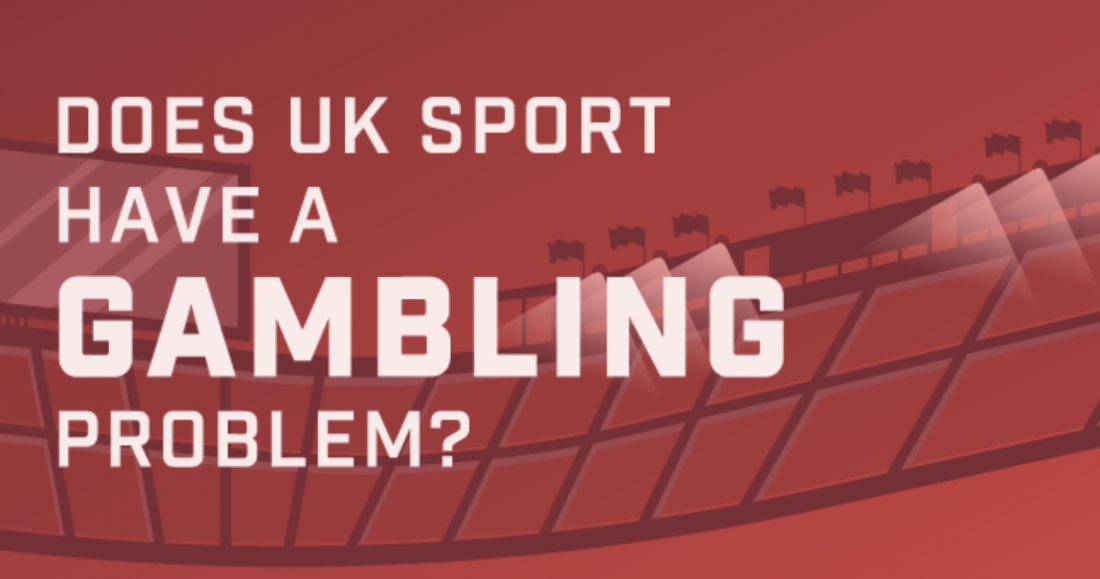 If you’re watching any sport on the TV, you will most likely see multiple bookmaker adverts aiming to get you bet in-play on the event currently taking place. If you’re browsing mainstream media publications online, you’ll probably see adverts in the form of betting ‘tips’, combined with affiliate links – all a part of the competitive hunt for clicks and revenue.

But it’s not just the media’s ad space that is overflowing with bookmakers. Sports teams’ hoardings, kits, and even stadium names are plastered with the names of places that may or may not accept your bet, depending on your ability to spot value in the betting market.

A BBC investigation recently found that 15 football clubs even had gambling-related adverts in the junior sections of their websites; something that the Advertising Standards Authority demanded ‘immediate action’ over.

With the general sport-loving population being targeted with clever advertising repeatedly, it’s no surprise that more people are betting than ever before.

Not only are more people betting on sports, but there’s been a drastic change in the way people view the bets they are placing.

In times gone by, placing a bet was a pre-match ritual for many match go-ers, nipping into the bookies to place a £1 correct score or first goalscorer prediction to add excitement to the match they’d be attending.

Nowadays, bets aren’t discussed as much pre-match. The rise of in-play betting also means that a large percentage of wagers are often irrelevant after a few minutes. Much more emphasis is now placed on bets that are close to winning, with “should I cash out?” messages being posted in group chats and onto Facebook or Twitter, or simply winning bets being posted after-the-fact.

But the question is, with the majority of people appearing to be more successful than they realistically are, how successful are people really when it comes to betting?

According to recent gambling data, 35.3% of people that bet on sports believe themselves to be ‘profitable’. Younger people are also much more likely to believe they make a profit via sports betting; an incredible 58.5% of people aged 18-24 claimed to be in profit from placing bets.

These stats might appear impressive to some people on the surface, but the truth is that the numbers are likely to be highly inflated due to two factors; psychological biases, as you tend to remember your wins much more easily than you remember your losses, and; denial, a lot of people simply don’t want to admit they don’t make money in an area where it’s seen to be ‘cool’ to be a winner – or because they may be judged by loved ones if they’re revealed to have lost money.

The data excluded people that know how to ‘beat the system’ with promotion-related strategies and odds trading; everyone that responded was therefore regarded to be a traditional punter.

According to Luke from Beating Betting, who collected and published this recent data, it is highly unlikely that anywhere near 35% of people are actually profitable.

“It is a taboo subject in the industry to discuss account restrictions and closures, but it’s a fact that winning players see their bookmaker accounts shut down almost always.

“Recently, I saw figures from Skybet that claimed their account closure rate is below 3%. I saw a smaller bookmaker claim that their closure rate was much higher – at around 15%.

“To me, this suggests that 15% of people – at an absolute maximum – are profitable, but it’s more likely to be closer to the 3% figure. It’s mainly those that are already restricted that go looking to create accounts elsewhere.

Our data also showed that only 7.8% of those that believed they were profitable had ever had an account restriction or closure; a telltale sign that almost all of those might actually be incorrect in their beliefs or assumptions when it comes to gambling.”

Many bookmakers are now required to show your net deposits and withdrawals, or your profit and losses, within your accounts. This means that if you did want to find out your current level of profitability, you should be able to do so somewhere within your account history.

It is possible to be a winner, but it’s worth remembering that if you never have any issues with getting a bet accepted then it may be you that is the value, rather than the team you’re attempting to bet on.