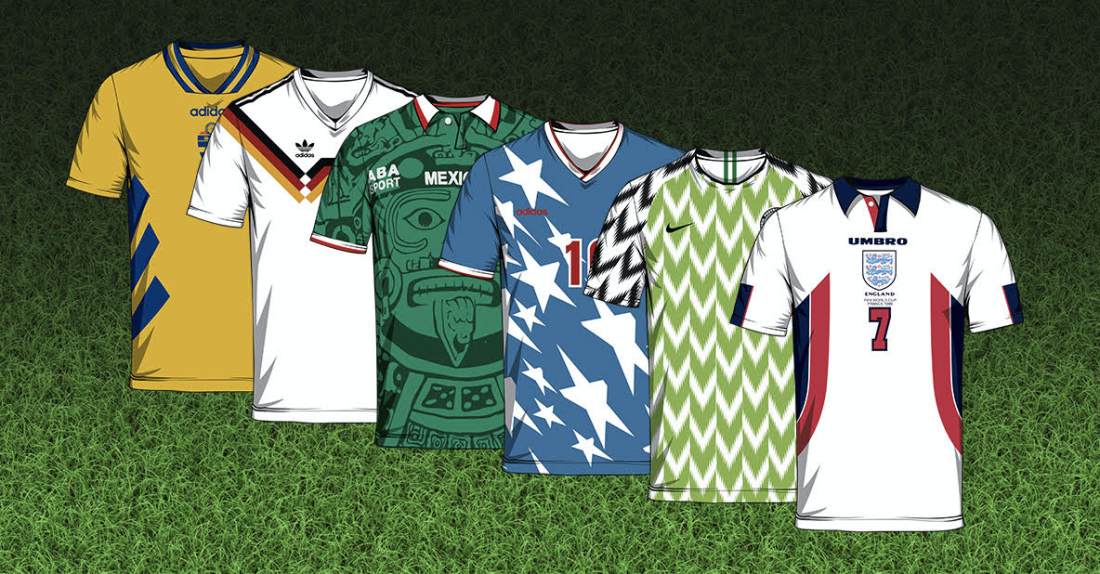 The Idle Man is proud to present The 50 Best World Cup Football Shirts; a collection of our 50 favourite world cup shirts stretching all the way from 1930 to the present day. Carefully chosen through a mixture of fantastic design and fascinating stories, here you can learn the tales behind each of the shirts and interesting facts about world cup history. If it isn’t already, your World Cup fever will hit its highest peak after exploring The 50 Best World Cup Football Shirts. We hope you enjoy it as much as we enjoyed making it.

Check it out here: https://theidleman.com/50-best-world-cup-shirts

With the 2018 World Cup tournament in Russia just around the corner, we wanted to pick our favourite shirts through history to share their interesting designs and the fascinating stories behind them with the world. Spanning 21 tournaments from the very first finals in 1930 all the way to Russia 2018, and the 495 teams who’ve competed across that period, we settled on our final 50. You may disagree with some of our picks or think we’ve left some out that deserved to be included, but as the cliché goes – football is a game of opinions.

Our interactive journey charts the history in design of international football shirts. In the early World Cup tournaments, kit design was minimalistic and was used to simply differentiate between the teams on the pitch and show some national identity with colours and a badge. There were no brands or patterns, just block colours and the occasional stripe as shown by the USA 1950 home shirt. Design largely stayed this way until the 1970’s when sports brands became involved. We see branding and patterns on shirts like the infamous Adidas three stripes on Peru 1978 home and Umbro sleeve patterns on Scotland 1978 home. By the 1980’s we see much more intricate patterns with Denmark 1986 home being a prime example of this. The 1990’s saw an explosion of geometric patterns and extravagant designs such as Germany 1994 home and Mexico 1994 goalkeeper shirts. The 2000’s see a move away from this extravagance and back more towards minimalistic design such as the Spain 2010 home shirt. However, this years World Cup shirts have seen a huge revival of the 1990’s geometric patterns signified by the hugely popular Nigeria 2018 home shirt.

Behind each shirt is a story to be told and that’s what makes this project come alive. Some legends that feature include Pelé, Maradona, Ronaldo, Beckham, Cruyff, Ronaldhino and many more. Lesser known tales like the Japanese keeper described by Harry Redknapp as a “David Beckham figure” or the confusion surrounding Cameroon’s sleeveless shirt in 2002 feature throughout the journey. We cover politics, controversy, underdogs, champions, tears, glory and much more.

This post was brought to you by The Idle Man, an online menswear retailer catering to all of your style needs. Stocking everything from jackets to jeans, The Idle Man is a go-to destination for men. Alongside the online shop The Idle Man Manual is a blog dedicated to offering men style advice as well as stories and guides about music, grooming and lifestyle.