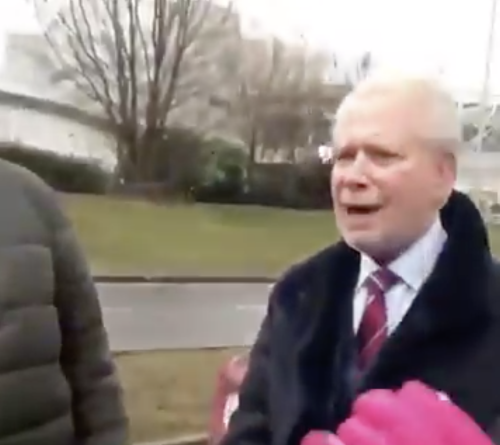 There’s a hell of a lot of negativity around West Ham at the moment, with much of it directed towards club owners David Sullivan and David Gold. Hammers fans aren’t happy with the way the club is being run and with results on the pitch mirroring what’s going on off it, there’s somewhat of a toxic atmosphere brewing.

Following the full-time whistle after West Ham’s 4-1 defeat at fellow strugglers Swansea City on Saturday, a few irate fans and owner David Gold exchanged words whilst presumably being stuck in a bit of traffic. It wasn’t exactly pretty.

They’ve got to sell up and go soon, surely?!