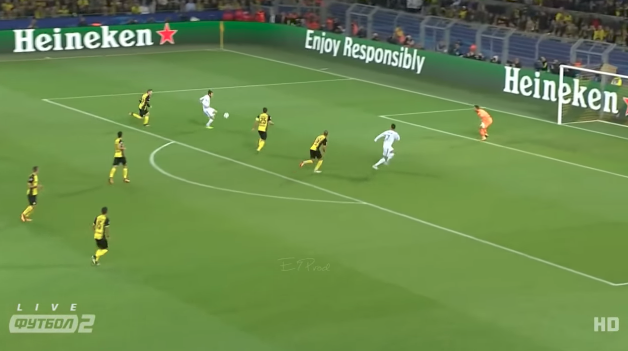 Gareth Bale has divided opinion in Spain in recent months, with many tipping the former Spurs star with a move back to England in the not too distant future.

This all comes, amazingly, after the Welshman has scored 69 goals in 158 appearances, with some trophy-winning, vital ones in there too.

Last night, as Real Madrid took on Borussia Dortmund in the Champions League, a game they ended up winning 3-1, Bale hit back at his critics with a beautifully taken goal.

Gareth Bale that is class ?

A superb finish from the Welshman!

He now has more #UCL goals (15) than Zidane and Ronaldo (14). pic.twitter.com/5zjtfCJAZJ